← Back to All Posts

Deciding to be Better

As my wife and I sat in the emergency room waiting to be seen, all I could think about was what she was going through—the pain, the discomfort, and the anxiety. And now there were complications. She was pregnant with our first child and something wasn’t right. I sat there thinking she’s willing to go through all of this for me and what was I doing for her and for our child that was on his way, and for our future? What kind of husband did I believe she deserved? What kind of father did I want to be to our kid or kids? After waiting for hours to be seen by a doctor I told myself I needed to do something to be taken seriously. I mean, we were only 17-year-old kids, so maybe they didn’t care. I stood up and walked to the counter and demanded to be seen. Raising my voice and clenching my fist, I told them I didn’t want to lose my unborn child or my wife and needed to be seen NOW! I was told to calm down and to have a seat. Security walked into the waiting room and before I could go back to my seat we were called.

A few hours later we walked out of the hospital and after taking my wife home I headed to Downtown L.A. Criminal court where I had a hearing arraignment for a fight I had been in. I walk into court late and unprepared to hear what I was told. I was facing six years in prison if found guilty. Everything that went through my mind while at the hospital came back. See, I told myself that I wanted to be there for my kid since I never really remembered much of my biological father. He wasn’t there when I was born. Poker tournaments in Vegas were more important and he wasn’t there while I was growing up. And now I was facing six years in prison and was going down the same path as my father which meant my kid was probably going to make the same mistakes as I did.

Case dismissed. My second chance to get it together. Time to become a responsible husband, father and an adult, so I could teach my kids how to be hard working responsible adults and to help them through the early years of life. To prepare them for the world. To teach them the life skills that I had learned in school but had not yet applied myself. I needed to be a role model.

I worked two part-time jobs to make ends meet. At times that wasn’t enough. We didn’t have anything to eat. On several occasions, my wife swallowed her pride and walked to the local church where they would offer canned goods and bread. I told myself that she should not have to go through that and blamed myself. I looked for a better job, worked harder, and eventually was able to find a better paying job that even included benefits and retirement.

Twenty-four years have passed since the day that I decided to be a better father and husband. My wife stood by me, had patience with me during the rocky beginnings through thick and thin. My oldest is now 23, my second son 21, and my youngest 10, all boys. My goal is to continue to be a role model and lead by example. And to teach them what is not being taught in so many schools. Life skills, life lessons, and the different obstacles that can come their way. My advice for my boys and any teenager out there is to think about what kind of man/woman/adult you want to be. How do you want to be remembered? What kind of life would you like for your kids and grandkids to have? Think about it and prepare yourself for it right now. Make it easy for yourself and your future. 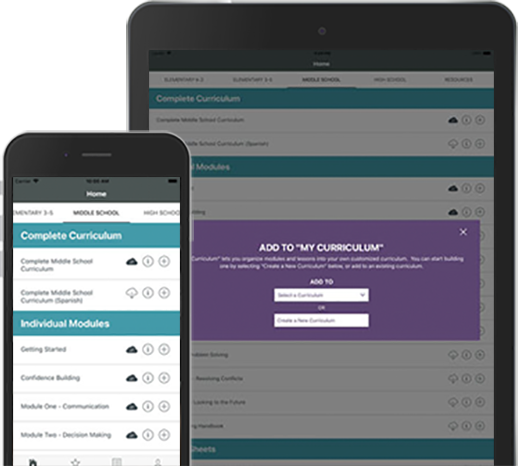